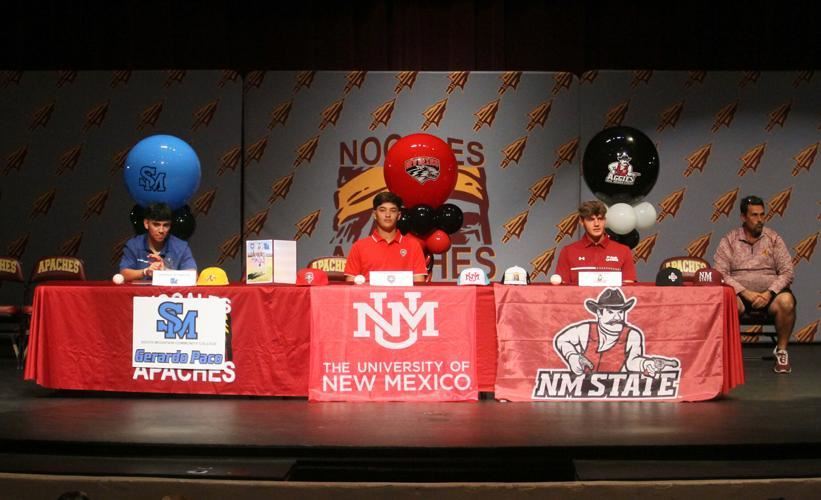 The three senior athletes signed their letters during a ceremony at the NHS auditorium in front of a crowd of family, friends, teammates and coaches.

“It takes a high level of commitment and discipline, as well as work ethic and passion, to get here today, and you guys have shown that on the field as well as in the classroom,” NHS Athletic Director Eric Sowle told the three in his opening remarks.

NHS baseball coach O.J. Favela noted that Montijo, Paco and Teel have an average GPA of 3.86

Each of the athletes had a chance to thank the family members who supported them, as well as their coaches and others.

In a shout-out to his grandparents, Paco recalled throwing potatoes around his grandma’s house when he was smaller. “I guess that’s how I fell in love with the game,” he said.

NHS fell just short of a state championship last spring, falling 3-2 in the title game with Verrado. The players expressed their determination to win it all in 2023.

“To my teammates, you all have a special place in my heart, always,” Montijo said. “I love you guys, you’re family and let’s go win state.”

National Letter of Intent Signing Day, which fell on Nov. 9 this year, is the first day that student-athletes in sports other than football and basketball can formalize their college athletic scholarships.

As Montijo, Paco and Teel prepared to put pen to paper on Wednesday, Coach Favela said:

“At his time, these guys are going to sign their national letter of intent. South Mountain, New Mexico and New Mexico State just got better today.” 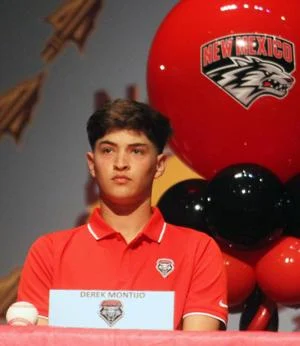 Montijo missed the first nine games of the 2022 season after transferring from Rio Rico High School. But in the final 19 games of the campaign, he batted .418 and slugged .636 as the Apaches’ starting third baseman.

Montijo’s offensive numbers in 2022 also included five doubles, two triples, a home run and 18 RBI. Despite playing only half the season, he was still an honorable mention all-5A Sonoran region selection in 2022.

After high school graduation, he’ll join a New Mexico Lobos program that competes in the NCAA Division I Mountain West Conference with the likes of the University of Nevada-Las Vegas, San Jose State, Fresno State and San Diego State. 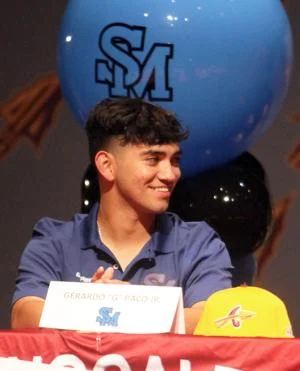 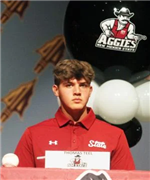 Teel plays a crucial defensive position for NHS – catcher – while also anchoring the lineup as the cleanup hitter.

Teel is the latest Nogales baseball player to commit to NMSU, which counts NHS alumni Kevin Jimenez, Roman Bracamonte and Saul Soto on its 2022-23 roster, as well as assistant coach Keith Zuniga. The NCAA Division I Aggies are part of the Western Athletic Conference, which also includes Grand Canyon University, Sacramento State and Seattle University, among others.